We can connect you to the Industrial Internet of Things

We are pleased to announce our new partnership with WIKA Group. WIKA has made a majority investment with Phase IV. We look forward to combining our cutting-edge Industrial IoT knowledge with WIKA's best-in-class measurement technologies.
Learn More 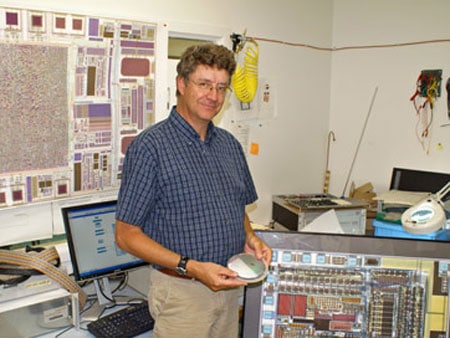 From our beginning in 1992, in Boulder, CO, Phase IV Engineering has been an innovator in wireless sensing. Our founder Rich Pollack started Phase IV as a “Skunk Works”, designing highly advanced and technically challenging sensors for Fortune 500 companies, NASA, the US military, and scientific research. We invented the world’s first battery-free RFID wireless temperature and pressure sensor. (Among many other applications, this sensor currently flies inside the wheel valve stem of every Boeing 777 and 787 aircraft.) Phase IV has expertise in energy harvesting, RF design, low-power circuit design, and designing for very harsh environments. This over 100 years combined experience was a key reason our Phase IV Engineering team was recognized as the “Sensor Engineering Team of the Year” in 2015 by Sensors Magazine and won “Product of the Year” in 2017 from RFID Journal.

A Technological Leap into the Industrial Internet of Things & Smart Industry

In 2013, Rich Pollock semi-retired and promoted Scott Dalgleish, the 10-year COO, to the CEO position. With his strong background in manufacturing and electro-mechanical product development, Scott knew it was time to develop what you, our clients, had been long been asking for.
We recently released the Leap Sensors® product line and software for industrial wireless sensor networks. The system, which has multiple patents-pending, is designed to meet your needs for a highly flexible and configurable system combined with short lead times and low configuration costs. We’ve also designed in “Gold Standard” data security. The Leap Sensors system makes it easy to integrate wireless sensor data into your company’s existing PLC or monitoring systems, so you can quickly achieve Industrial IoT (IIoT) monitoring, smarter processes, and rapid return on investment. With its modular, pre-configured design, our clients appreciate how the Leap Sensors system works “right out of the box”.

With the Leap Sensor system, it’s more convenient than ever to execute your vision while respecting your budget and other constraints. Talk to our wireless sensor experts today.
Contact Us

Our success comes from the array of talented and dedicated individuals at Phase IV Engineering. Our people have a solid background in design development and project management in a dynamic environment, with involvement in all stages of a project life cycle. By applying these fundamental skills, we can offer timely and professional services to apply the most effective solution to your monitoring challenges.

The people at Phase IV Engineering are dedicated to the innovation of wireless sensor solutions. 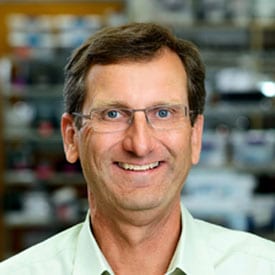 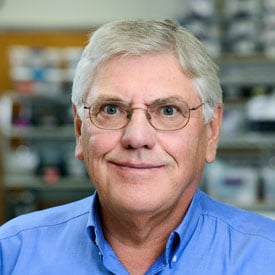 Scott Dalgleish is the CEO of Phase IV Engineering. Prior to becoming the CEO in 2013, Scott was the COO and a project manager.

Scott has degrees in Electrical and Computer Engineering from Kansas State University and an MBA from the University of Denver. Scott started his career as a shift manager, project manager, and maintenance manager at the Procter & Gamble Folgers Coffee plant in Kansas City, Missouri.

A job opportunity with Spectra Logic Corporation, maker of robotic data storage tape libraries, brought Scott to Colorado. As COO, Scott was a key player in Spectra Logic’s 20X growth in revenue and from 20 to 300 employees. Scott left Spectra Logic to start his own company, Dragonfly Innovation, which made “fun, funky, and truly creative” art kits for kids. While Dragonfly Innovation won many national toy awards, the business was not able to make it out of the bootstrap phase.

Scott joined Phase IV Engineering in 2008. In 2016, he became the majority shareholder in the company. He has spearheaded the design and launch of the Leap Sensors system.

Rich founded Phase IV Engineering in 1992 to focus on the research, development and production of both passive and active RFID sensor and monitoring products. An electrical engineer by training, Mr. Pollack is a recognized expert in RFID and wireless sensing. He is one of the original inventors of passive (battery-free) wireless sensing based on RFID (Radio Frequency Identification) technology.

In July 2013, Mr. Pollack stepped down as CEO to concentrate on product development and new business development.

The results speak for themselves. Check out these videos of products employing sensor technology from Phase IV.

Working in partnership with IBM & Deloitte Digital, Phase IV designed a system for Head Rush Technologies that monitors the integrity of zipline brakes.

LinkedInTwitterFacebookRSS
Page load link
Our website uses cookies and third party services. By continuing to use it, you agree to their use. Learn more. Ok
Go to Top